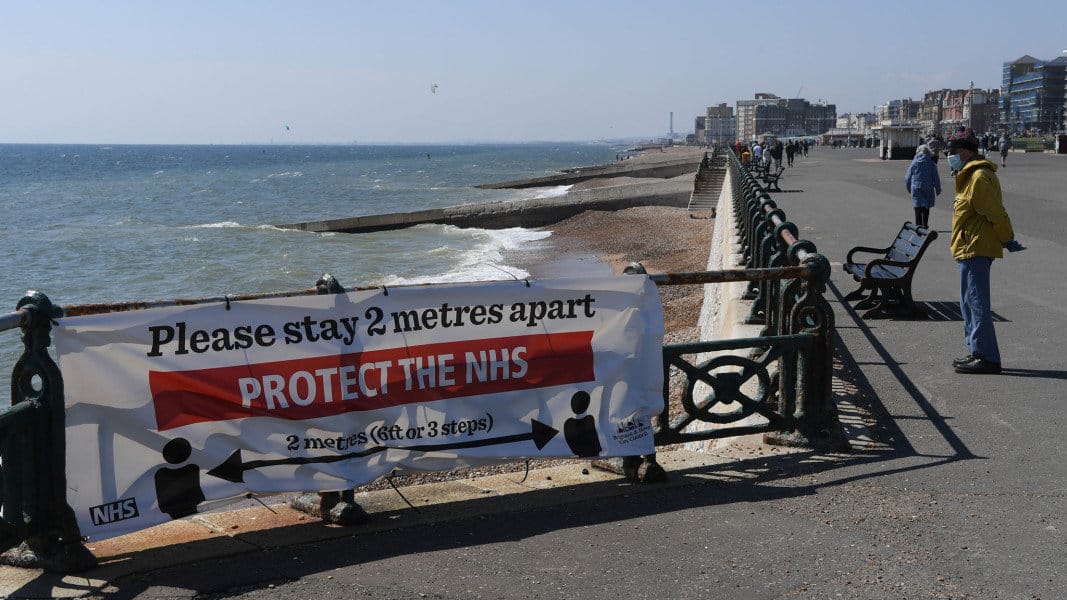 “Right now we have felt the support of the people,” says bus driver Jomhs Jaramillo. Ecuadorian by birth, he has been in the United Kingdom for 24 years and 14 as a worker at the London-based transport company Transport for London. Now, it belongs to one of the groups most affected by covid-19 . At least 29 of his colleagues have died from the disease.

Jaramillo affects the “contribution” that foreigners have made to the country as “essential employees”, especially since the confinement began on March 23. Four years earlier, the favorable result for Brexit was a “hard blow” for her family, despite having dual citizenship. “We feel that they want to close the door on immigration,” she laments, since, in her opinion, foreigners are “a fundamental part of the country’s development.”

This demographic sector represents 11% of the British active population and experienced an increase of 85,000 individuals throughout the last quarter of 2019, reaching more than three and a half million workers from abroad. However, once the transition period ends, on December 31, the Executive of Boris Johnson will make it difficult for immigrants to enter that they arrive in the United Kingdom with the intention of occupying so-called “low-skilled” positions, through a system of points that will require them to meet certain requirements to enter the labor market. Among them, they stand out knowing English, having a job offer and receiving a salary of more than 25,600 pounds a year (about 28,700 euros), which will be reduced to 20,480 (in euros, 22,950) in sectors with labor shortages, such as engineering, secondary education or some positions in the health system.

The founding director of the Oxford Martin School of Research and Policy, Ian Goldin, assures that the implementation of these new immigration measures “will be a great challenge for the job market and will slow down the economic development of Great Britain”. Goldin agrees with Jaramillo that immigrants are “an absolutely vital part of the UK economy”, with great relevance to the country’s GDP and growth.

From the point of view of who was also Vice President of the World Bank and economic advisor to Nelson Mandela, nurses will be especially affected by these measures. “It is ironic that a New Zealand nurse and her Portuguese colleague took care of the British Prime Minister while he was sick with coronavirus, ” says Goldin, as the immigration policies accompanying Brexit “will worsen the existing shortage of these types of employees” in the country.

Former Chairman of the Migration Advisory Committee (MAC), Alan Manning, agrees that access to low-wage positions will be more difficult, especially in the care sector, for those most affected by the coronavirus pandemic.

One of the investigations led by Manning – on which the British Government relied to establish greater control over immigration after the United Kingdom left the European Union – shows its concern about the group of social health workers, who “suffer difficulties in recruiting and retaining their employees and whose demand is constantly increasing ”.

Still, the current professor at the Center for Economic Performance at the London School of Economics says these measures will facilitate the hiring of healthcare professionals, “who come largely from non-European countries.”

“Now they need us, after treating us so badly,” says Miladis, supervisor of the cleaning service at a private hospital in the British capital. This 65-year-old Dominican and Spanish woman, 23 of whom has spent them in the United Kingdom, hopes that her job will be “better valued” by public opinion and that the Government “react” and “take other measures” after this pandemic . However, according to Goldin, “no change has been seen.” The Johnson Executive has made “small concessions”, but, according to the expert, “the policies have not undergone any changes.”

“What the covid-19 is doing is increasing inequality between and within countries, which strengthens nationalism and populism,” he says. Although, in his opinion, the virus shows “the importance of solidarity”, in practice the result is being “the opposite”.