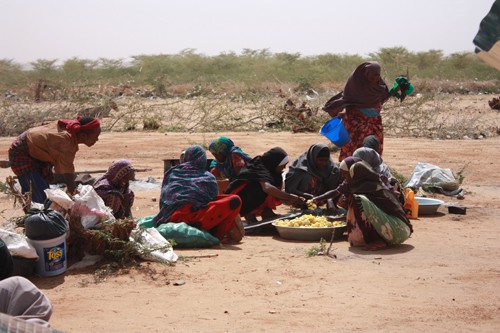 Saudi Arabia, Djibouti, Somalia and other countries have returned more than 5,000 irregular migrants to Ethiopia since April 1

Thousands of Ethiopian migrants expelled from the Middle East and other African countries are being quarantined at universities. This high number of inmates is a sign of the pressure exerted on vulnerable nations with mass deportations in the midst of the coronavirus crisis. Saudi Arabia, Djibouti, Somalia and others have deported more than 5,000 irregular migrants to Ethiopia since April 1, according to the UN migration agency.

Ethiopian Health Minister Lia Tadesse has assured that Ethiopia is treating migrants, 13 of whom had tested positive for covid-19 , and acknowledged the concerns about the spread of the virus that communities have expressed at the idea of send them home. “We are taking care of them and will continue to do so, although of course it is demanding in many ways,” Tadesse told the Thomson Reuters Foundation by phone. The UN has warned that the mass expulsions of illegal immigrants by Saudi Arabia to Ethiopia are a risk of the virus spreading and may harm efforts being made to stop the pandemic.

On the other hand, an internal UN report to which we have had access affirms that Saudi Arabia is expected to deport some 200,000 Ethiopian migrants, although it is not a new phenomenon: the International Organization for Migration estimates that since 2017 this country has expelled half a million . Tadesse, however, has claimed that no migrant has been deported by Riyadh since last week.

Ethiopia, with some 110 million inhabitants, has only recorded 140 confirmed cases of covid-19 and three deaths, but experts say its public health system could quickly be overwhelmed.

Carriers of the disease

Tens of thousands of Ethiopians are estimated to migrate irregularly each year in search of better-paying jobs, mainly to the Arab Gulf nations. During transit they suffer abuse of all kinds and in the country of arrival they are usually exploited: they as servants and men on construction sites. Many of those who now return have suffered trauma and require medical attention. Tadesse has assured that doctors and therapists are offering treatment to these returnees.

Last month, the UN said hundreds of migrants who had recently returned from Djibouti were rejected by regional authorities after undergoing quarantine in the Ethiopian city of Dire Dawa. “There were some concerns among regional governments about quarantine returnees … But this is now being managed through education and regional leadership,” says Tadesse.

According to the International Organization for Migration (IOM), more than 1,000 migrants who were in quarantine for 14 days and had no symptoms were sent home this week. “There has always been a fear that migrants are carriers of disease, but the evidence does not confirm this at all,” said Maureen Achieng, IOM Head of Mission in Ethiopia. She also added that the agency is trying to combat the stigma surrounding the coronavirus in the region. “We are trying to make sure that people start decoupling the disease from migrants.”